...that can not be put on my Amazon Wishlist

Time Warner available in Weehawken.
The worst part of moving to Weehawken (aside from the looks of pity I get from friends who live in the West Village, Crown Heights and Astoria) is Cablevision. Cablevision means no NY1, which means mornings with no temperature and weather together and no Roger Clark. No Roger Clark means that I must slow down and gawk at traffic accidents to get the same fix. Cablevision also means a channel guide that seems as advanced as an Atari 2600, and the choice of colors make your eyes bleed. Plus for some reason, unlike Time Warner, Cablevision service is not smart enough to remember the last channel you were tuned into and instead always defaults to Channel 2 when you turn it on. The worst part? I have been watching 7000% more CBS programming because of this.

Someone to tell me
...if CBS ratings are indeed better in markets where the cable box defaults to channel 2 and lazy people like me tune in because of this.

To not be a victim of

Buckets of money
From winning the lottery.

A brain that
...is smart enough to never buy a lottery ticket.

A vaccine to ensure that my love of nature 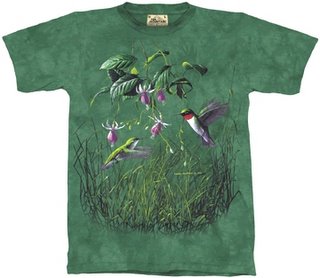 ...never convinces me to purchase a tacky ass T-shirt.

Universal Health care for all Americans.
The "all" might be redundant, no?

Americans that cared about universal health care.
I don't get you people at all.

WITH YOUR MC - Ms. Susie Felber

Susie says: Yet another old friend of mine not listed above contributed to TP2. If you haven't seen it, check out (and buy) Sharon Lintz's original comic Pornhounds.

Pornhounds was written by the amazingly talented Sharon Lintz (soon off to grad school for creative writing) and illustrated by Mark McMurray, Ed Piskor, Matthew Shultz, Robin Bougie, Jim Rugg, and Sophie Crumb. Covers by Joe Simko.
Posted by Susie Felber at 8:43 AM