Not on TV Tonight

Going back to old rule of never telling anyone when I'm on TV. Between schedule changes and cuts, it's too traumatic.
Posted by Susie Felber at 9:59 AM

See me This Thursday @ 9P e/p on truTV

I write the ads, I'm on the show, is there anything I can't do?*

In the meantime, check out my stupidity on dumbasablog.com

Another Day, Another Friend Who Is an Author

Add my old college friend Lara to the growing list of amazingly talented friends and family who are published. Her blog, "Cooking Up a Storm" lead to a book deal and the title is coming out very soon. She and her co-author even got a fabulous write up in the Daily Mail. Lara and her husband (another fab friend) are both Americans who now live outside London. Spending time with their family was a huge highlight of our last trip.

So buy the book Fresh Eggs Don't Float! There it is! Buy buy buy! One for each eye! 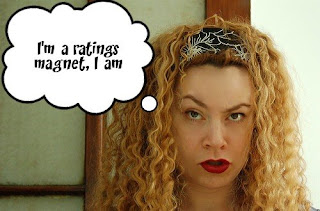 I'm on a new episode of "Not Just Another Cable News Show" this weekend and they are replaying it a LOT.

The episode airs this Saturday and Sunday at 7 PM, 9 PM, Midnight and 5 AM. Here's a clip from the last "NJACNS" I was on if you're interested.

Note: It airs on CNN Headline News (CNNHNN) which is different than plain CNN

UPDATE/CORRECTION:
Thursday 10/30 (not tomorrow) I'm psyched to be premiering as a comedy talking head on: "The Smoking Gun Presents: World's Dumbest" which airs @ 9P e/p on truTV (formerly Court TV).

Then many Thursday's at that time you'll see me on more premiere episodes, and I'll keep you, dear TV viewers, apprised.
Posted by Susie Felber at 3:07 PM 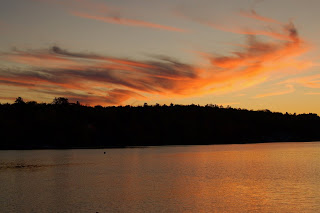 And that there is their lakefront vista. Wow, right?

Click here for the scene I spied directly opposite this sunset, an incredibly satisfied customer scarfing a slice with a tofu crunchie chaser.
Posted by Susie Felber at 6:45 PM 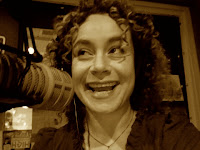 Appeared on a radio show yesterday. Was tons of fun. Here's a snap in sepia as proof. For more 411, check into this dumb blog next week.

Gotta run. Cue: Showering, walking dog, getting a bunch of stuff together for Salvation Army, heading to the cabin for 24 hours of nature.