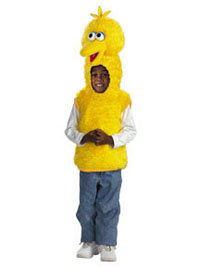 Get me to answer!

"Askville" is a new Amazon-owned site. They emailed me to join. It's a dynamic new community of real people who ask and answer questions on every topic under the sun.

I jumped in to selflessly help a woman with her urgent need to make a "simple, creative, inexpensive bird costume for 40 kindergarten students."

My answer to her is the one titled "Kids Canary Costume -- Cheep!" from SusietheMaven.

But wait! The link above doesn't let you view without signing in. So here's the question and my answer...

Do you have any ideas for a simple, creative, inexpensive bird costume for 40 kindergarten students. It's for a spring assembly. Don't need a head-to-toe costume. Just some ideas for maybe something to put on their heads or wings for their arms, etc.
Answered by: SusietheMaven
Date: Mar 30 2007

Paint the children with yellow frosting. Then get some old pillows and allow children to put handfuls of the innards on themselves. The frosting should make them sticky enough to attach feathers, but know that if it's cold, buttercream can harden. But shortening is cheaper and more pliant at any temperature.

The best part is it's non-toxic 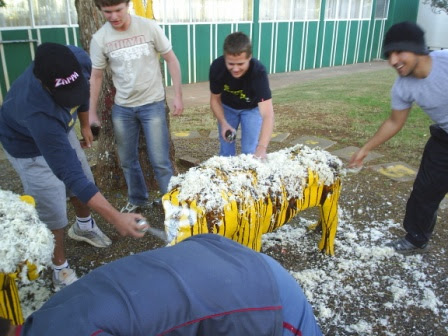 and really hands on.

Picture credit up top: Costume Craze Toddler Big Bird Costume, which is currently out of stock. Apparently, making your baby look like a giant yellow penis is all the rage.
Posted by Susie Felber at 8:32 AM 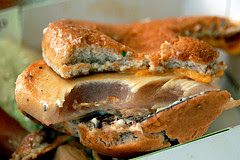 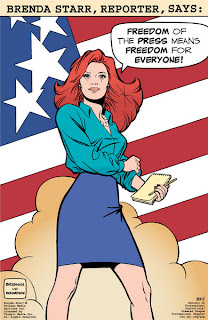 Fumbling in my bag
on the corner of 40th and something
trying to find and apply lipstick
nonchalantly,
before the light changes.

I am off.
Before I’ve found the tube
or a mirror
or the courage.
I instinctively roll my eyes.

Such a pathetic ambition,
and aborted to boot!

I scold myself for managing to look like somebody’s nervous mom,
come into Manhattan for the day.

Then I realize
I am.
Posted by Susie Felber at 9:21 AM 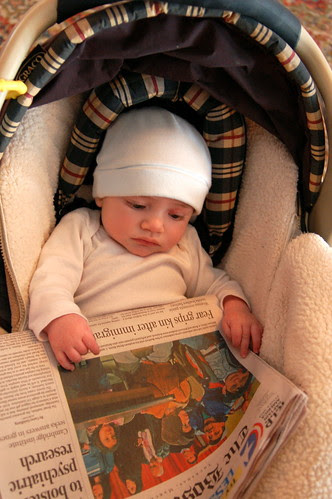 "Ah, what's this? Sez here mom is going back to work tomorrow and leaving me with a stranger who costs more than our rent. Early estimates show that she'll only see me awake for two hours a day. It also says that compared to other working moms, she's lucky." 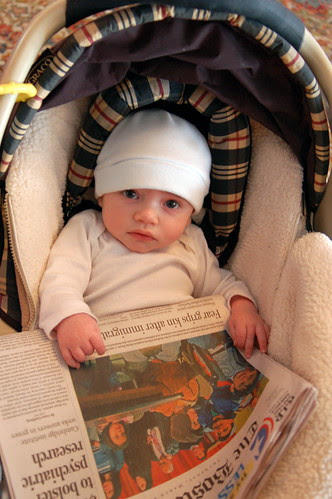 Susie says: Wish me luck. He's the best thing I've ever done, he's the most beautiful baby the world has ever seen and he's getting more fun by the day. Leaving him makes me feel ill. Yes, it's even harder than eating raw chicken from McDonald's. I'm ga ga head over heels for my Hugo. This from someone who really liked kids but was definitely not a baby person. I know. The pre-baby me is rolling her eyes too.

Susie also says: Maternity leave has been no party. It's actually been the hardest time I've ever had. First I was dealing with an infected open c-section wound (less said the better) and then finding a way to go back to work in the middle of winter (with post-partum hormone wonkiness) has been about as easy as (and as unexpected as) coming back from the dead. This is why most companies are like a bad zombie film, for as you see women disappearing from the workforce you think, "Ohmigawd! They got another comrade!" And this is why families can't help but slip into debt. Heck at least I got some maternity leave and some was with pay. In this country, that's rare.

But half a paycheck is better than no paycheck. Part time work? Sounds great -- Hey you don't go crazy doing baby care all day! You keep a toe in the workforce -- until you do the math and find it would be equal to or less than no paycheck, once you pay for P/T childcare and the commute. Oh and no benefits, natch. Sorry baby, it's St. John's Wort for your cold or nothing.

Oh and that little fantasy you as-of-yet non-moms have about working while the baby is sleeping? Ha! I mean, how nice for you. I had it too. My baby sleeps all night (brag) so that I'm well rested to go all day. He only naps long enough to eat anything that doesn't run away fast enough and regret you didn't do the laundry. That's it. If your baby doesn't sleep all night (unlike my pillar of babydom), enjoy trying to fire up your brain to work when he or she decides to conk out for a brief snooze. If you're able to do more than drool while you watch Oprah, and upload some baby photos, I'll give you a hundred bucks.

Speaking of money, did you know that only $600 of childcare/year is tax deductible and that this amount hasn't changed in about 30 years? I didn't. For my childless and far flung friends: in the NY-area $600 = less than one week to as much as three weeks of childcare. Understand that when I say "childcare" I mean all the possibilities: from nanny/babysitter to decent daycare (4 infants to one adult, and a minimum 12 month waiting list to get in so you have to sign up before conception) to the crappiest daycare where you will want to suicide after you see it. Thanks Republicans! I'll see you in hell.

Disclaimer: Yeah, life is hard. But I've got the most wonderful baby daddy in the world and he has a job. Save your sympathy for chicks with jerks or single moms. How they manage, I've no idea.

For hope or a healthy way to funnel your anger into action, check out momsrising.org

Note: Some of this post written pre-dawn, and the rest with one hand while feeding a baby.
Posted by Susie Felber at 3:27 AM

If you thought rats in a NYC Taco Bell / KFC were unappetizing, whaddya think of the McDonalds I just visited in Windsor, Connecticut?

I found my first meal at McDonalds in over 15 years to be very memorable... I even took photos for posterity: 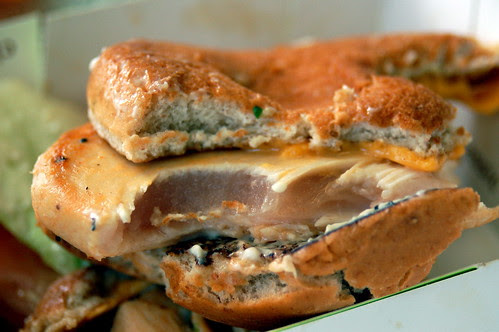 And the service was just as scary.

Moral: Never order the "healthy" items at McDonalds, as no one ever orders them and they have no idea how to make them. Oh, and never go to a McDonalds, ever, even though it's the only thing you can get when on or off the highway on a long haul car trip in America.

See all the photos here.

UPDATE: Wowsie! Check out The Apiary's adorable post on this and linkage from Gawker. Oh and somebody submitted this to Digg, so if you want to digg it click here. Thanks dudes. I like my revenge like I don't like my grilled chicken sandwiches -- cold!
Posted by Susie Felber at 2:03 PM