I'm hosting a comedy benefit for the Hoboken Relief fund 12/14 at the historic Hoboken Elks lodge.  Oh-so pretty posters below. Click to enlarge, hope to see you, etc. 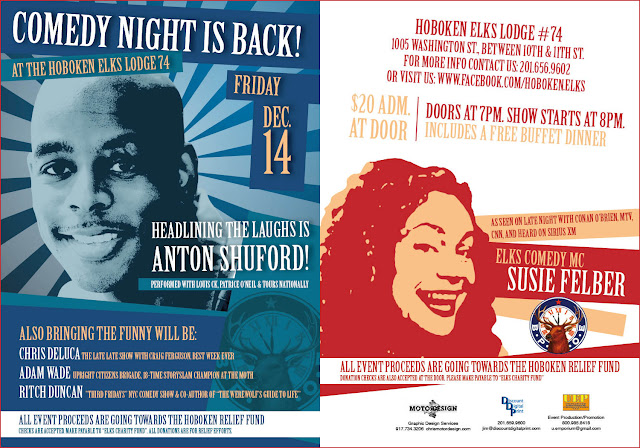 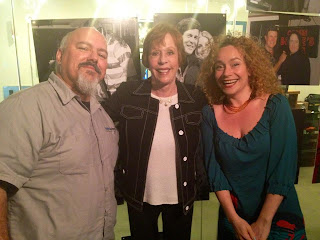 But I've also been not here because I've been up to new stuff.  I'm editing and writing for the truTV dumb blog.  That link will whisk you to all the posts by me.  I'm also writing and editing the dumb photo galleries.  Faves I've written are Dumb Pinterest Obsessions, Crazy Sexy Halloween Costumes and Inappropriate Photos of Candy Corn.  I expect my Pulitzer to arrive any day now.

I'm also still getting my garden geek on writing for the Bentley Seeds gardening blog.

Pretty soon I'm hosting what will be a monthly comedy benefit show at the Hoboken Elks -- first show is Dec. 14 -- pretty poster and info to come.

I'm still doing the fill-in radio co-hosting thing when asked and when free.  The pic there is a super psyched me with Carol Burnett and Freewheelin' host Chris Tsakis after we did in October. The being free thing isn't very often these days but December 4th is my next appearance. Details to come if I have time after updating all the other social sharing venues.

I've also got other exciting writing projects in the hopper that I can't talk about yet and occasional V/O.  Oh and my Sesame Street Oprah impression aired again last week.

Add to this plate two kids who are so cute I must not devote every daylight hour to work -- and stick a fork in me -- I'm done.