I'm always excited when a friend finally launches a home on the Web. But I'm even more excited about this good pal's new site as he's a visual artist, and, unlike most of my friends, there's no bothersome reading before your socks are knocked off. Check out these three from the just hatched gardnerillustration.com: 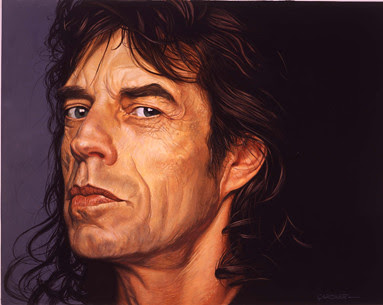 When I met Steve way back in the 1990's, it was when he was performing comedy downtown, as part of a duo called Dirty & Cheeky. He was a really talented comedian and I remember asking him what he did -- which in comedian speak at the time meant 1. Moan about the crappy day job you have until you "make it" or 2. Launch into describing the other thing you do that is very exciting (Read: doesn't pay) that will certainly help you "make it." He modestly said he was an artist and didn't elaborate. So naturally, I took that to mean he 1. had a trust fund and 2. lit bags of his excrement on stage. Ya know, like the other "artists" I knew. 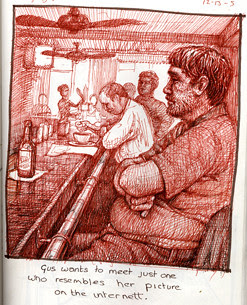 And so, when I finally saw what he did... book covers, movies posters, baseball cards and all sorts of mind-blowing professional illustrations, I was dumbfounded. Turned out that unlike the rest of us desperate performers, comedy was just a lark for him, something he did for fun as he happened to have a lot of friends in comedy. 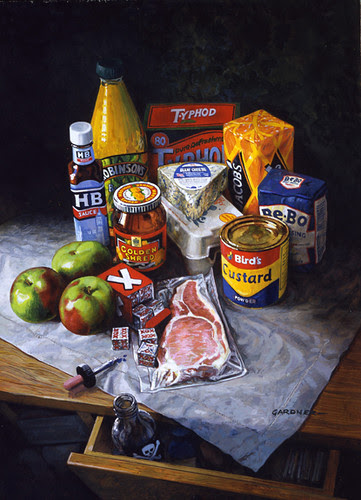 In short, Stephen is a funny funny guy, a fantastic person and he has a genuine passion for what he does. And to top it off he ever so kindly met and married someone I adore and quickly poached as a close friend. But when I look at his work, I still can't believe I know someone who has this amazing talent.

Check out more of his sock-knocking work at www.gardnerillustration.com right now. 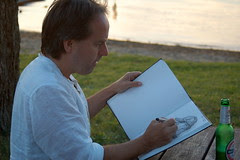 One last thought: It's not like Steve's not working -- he IS (he does jewelry design, illustration his agent calls with and, heck, I just helped him get a little gig with the network I work at), but if you have a wad of spare cash that you don't know what to do with, you should totally hire him to do a portrait. I think that's a very cool indulgence that the well-off should partake in more these days. You get a beautiful lasting portrait of someone you love (maybe yourself, whatever...) and an artist gets payola for doing, um, art. Win/win IMHO.
Posted by Susie Felber at 9:58 AM