Today is my father-in-law's birthday! Hooray! 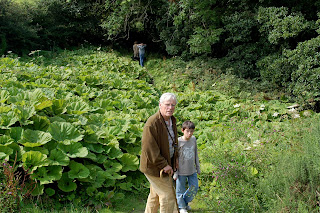 That is him there from this past summer, doing his best Gandalf impression. The fact that he lives in the Shire (Yorkshire to be exact) and hangs out with Hobbits (OK, his grandson) adds to the whole LOTR feel in this short walk we took from his home.

How much you wanna bet he'll see this post and say it is woefully incorrect because his birthday had already ended in England, where he was born and raised and where he lives. But it's still his birthday now here and that's what's important.

I love him very much, even though he can't get over the fact that we dumped his tea and told him to put his stamp tax where the sun don't shine. OK, say no more! We don't want him to find out that they lost this little outpost.

Happy Birthday to my favorite Halloween-hating Great Brit Grump! Ah, and what's this? Why it's another candid picture I snapped of him in Tesco, ready to whip out his shopping list. 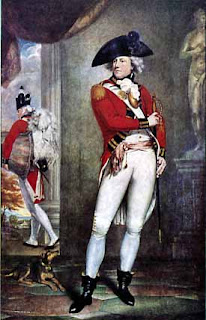