O What a Feeling 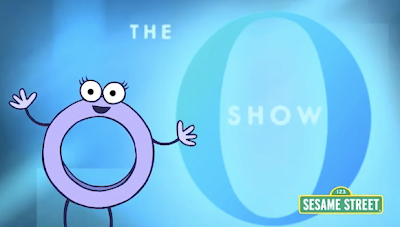 I got cast as Oprah in a cartoon about the letter "O" for Sesame Street. I went totally over-the-top with a booming, regal, caffeinated version for the chat queen. It was super fun.

After my record we learned that the real Oprah decided she would voice it -- a total coup for the production company. And although I got bumped, in a strange turn of events, I actually got paid a bit more because she was involved.

Apart from the producers, and a woman from Sesame, only Oprah and her sound guy heard me. Word came that Oprah thought I was "so cute" and her audio engineer thought my version was aces.

Oprah did a great job as herself. And I have scored lots more voice over work since. Happy happy joy joy. I feel lucky all around.

Sure, I had a brief fantasy that she'd be so crazy about my hilarious Fauxprah that she'd have to know who I was and she'd find my mother's books and she'd be so touched by my sad story that she'd finally choose one of my mother's novels -- even though she never picks a happy-ending title and I'd wind up in the big comfy chair next to her, trying not to get weepy as I discussed ovarian cancer, women's fiction and what it's like seeing your mother through chemo and then hospice when you're pregnant, working and you both know she's not going to make it to the last book on her contract or the grandchild.

In real life there are sublime moments but not many happy endings. But that's why we crave fiction and why in this suck-filled world, escapist fiction is so delicious.

Of course I knew that was absurd fantasyland stuff not fit for telling anyone, but here I am saying it on my blog.

A few days later she selected the female-fearing Franzen as her next and possibly final book-club pick.

It's midnight. That's all folks.
Posted by Susie Felber at 9:00 AM